PetLink In Your Pocket

Use PetLink Pro in the field to search for owner details in:

PetLink will contact the owner immediately and let them know their pet has been found. 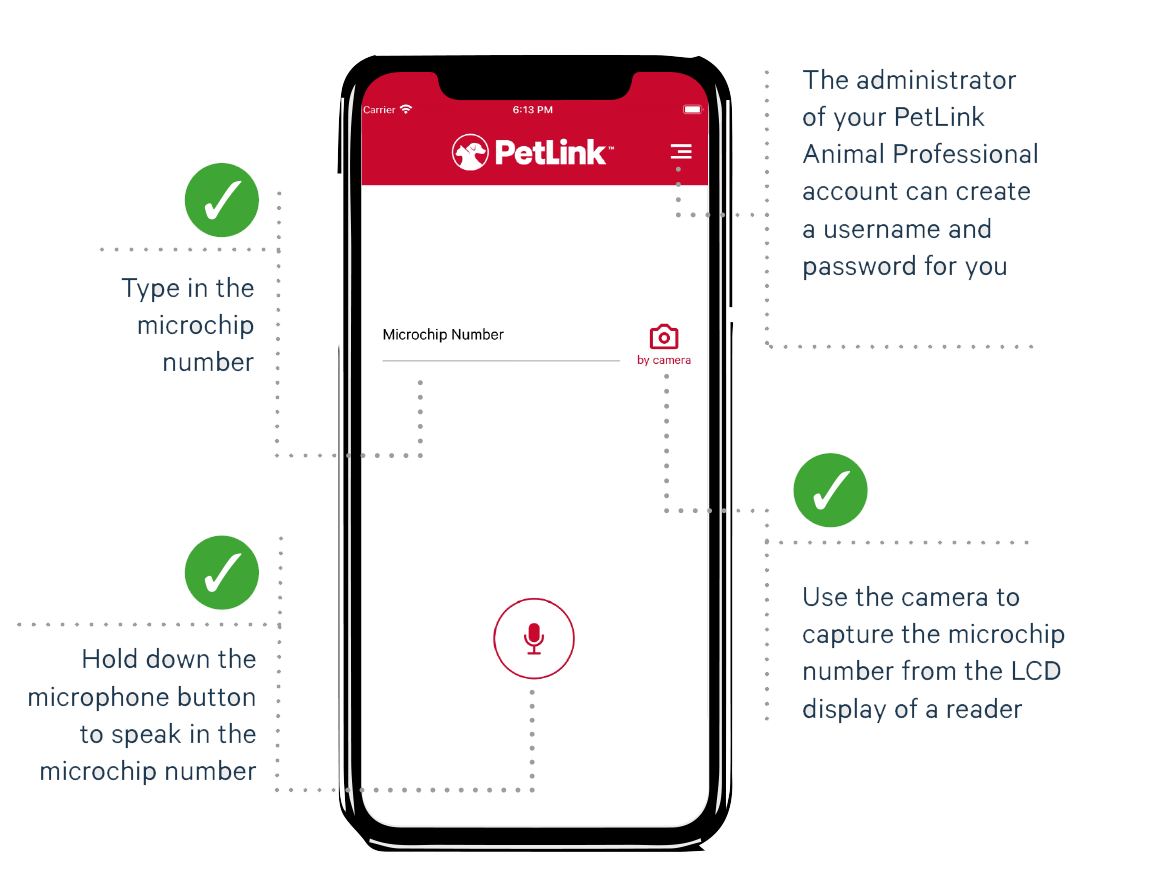 Additional reading & viewing materials to get you started:

The PetLink Pro app is for U.S. and Canadian Animal Professionals (ACOs and Shelter staff) to use in the field. When Animal Professionals find a lost pet, they can use PetLink Pro on their phones to look up owner details via the pet’s microchip number and submit a found pet report to PetLink. PetLink will contact the owner to let them know their pet has been found and set up reunification.

PetLink Pro will search for owner details first in PetLink, then in PetLink’s Backtrack system and finally in the AAHA Pet microchip look up tool.

PetLink Pro will help save the lives of lost animals. The quicker a pet is returned to their owner, the greater their chance of survival. PetLink Pro allows US Animal Professionals in the field to contact the owners of lost pets as soon as they have read the pet’s microchip number. There is no need to call PetLink, no need to use a computer to look up details.

Animal Professionals can use PetLink Pro to submit a found pet report to PetLink in 4 easy clicks. PetLink will then notify owners via SMS, phone and email, that their pet has been found and organize reunification.

If a lost pet is found by an Animal Professional and that pet is registered in PetLink, then PetLink Pro will show a photo of the pet, if available, to confirm identification. PetLink Pro will also show medical details, if available, for the pet, for example if a dog is diabetic and needs regular insulin, this information will be clearly shown. This will be beneficial for the health of all lost pets.

PetLink is part of Datamars

PetLink is a leader in pet identification and reunification. We create a lifelong link between people and pets. PetLink is a microchip and reunification service. We help shelters return lost pets to their families and prepare adopted pets for their new homes. For the last 30 years, we’ve been making it quicker and easier for people to microchip their pets. Instead of complicated processes and annual charges, we provide lifetime support for a simple one-time registration.

PetLink is a registered trademark of Datamars Inc.