Together Again: The Three Longest Days Of My Life 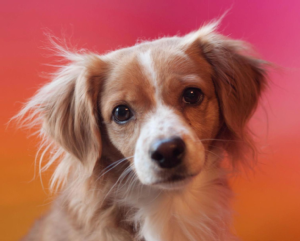 My husband and I had just moved to a new military post, and we were staying in temporary military housing which, of course, had no fences. While I was at work, my husband let out both of our dogs. My larger dog, Brody, took off so, naturally, Maggie, our mixed breed, followed. When the dogs were intercepted by a couple who lived two streets down, Brody was contained but Maggie, having come from an abusive past, was scared and darted into the woods.

At this point I had had Maggie for two years and we had been through a lot together. She was my baby before I actually became pregnant and the protectiveness she showed for my newborn child was incredible. When I received the call that Maggie was missing I immediately drove home. We conducted a search of several hours to find her, to no avail. I then jumped onto the PetLink site and updated my information. That wintery night reached a cold 24 degrees and I was terrified that Maggie would freeze. I was also concerned because the wood she had run into was directly behind the fence line of the military base. There were many small holes under the fence that led directly to a state highway and the thought of Maggie being hit by a car kept me awake at night.

The next day my husband and I both took time off work and searched all day, again to no avail. I finally went home and cried my eyes out. The next day I had to go to work but at least while I was there I started researching ‘Lost Pet’ websites. I saw you could print posters and even arrange for a call to be sent to every household within a certain radius with an automated message about your lost pet. I chose to take up this expensive option, willing to do anything to find my Maggie pie.

I was literally about to click the purchase button when I received a call from my husband. Maggie had been found! A couple in the neighborhood had seen her on the road and, seeing a microchip collar, they immediately took her to the vet on our base, knowing she belonged to someone. Since we had just moved there, Maggie wasn’t even registered with the vet yet. However, because she had the microchip, the vet was able to find our information and call us. If it weren’t for her microchip and tag, the couple who found Maggie would not have known she belonged to somebody and the vet would not have known how to contact us, her owners. Maggie is a beautiful, sweet dog and it was possible that, had she not had the tag, the people who found her could have decided she had no signs of an owner and given her a new home.

I immediately took the remainder of the day off and drove home to find Maggie. The greeting I received from my darling little dog the minute I walked in the door was the greatest greeting ever! Maggie refused to leave my sight for the rest of the night and I was glad for it.