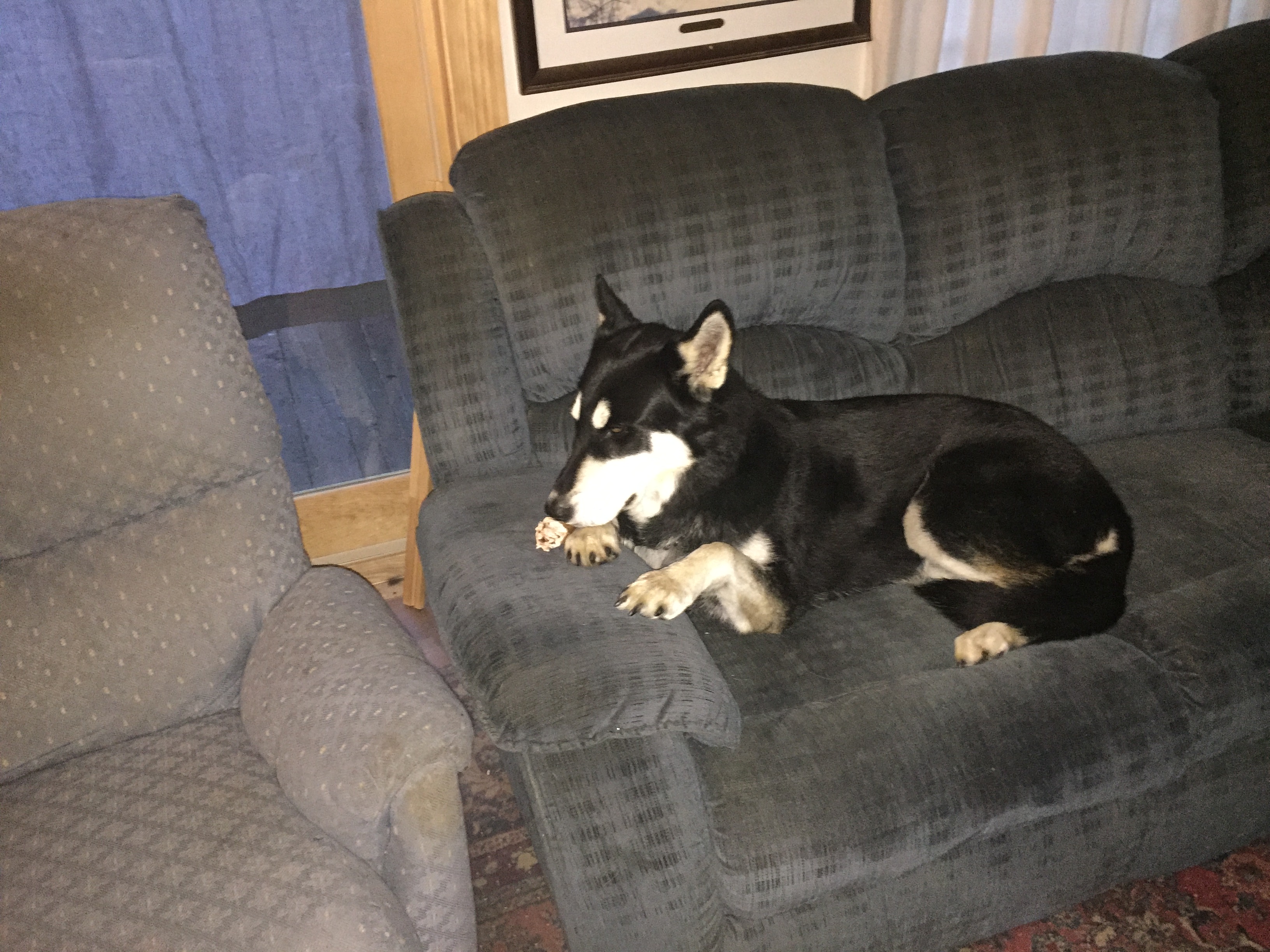 Our dog Zorro was found this way after he escaped the backyard. I have had Huskies all my life and this one, Zorro, is full of energy. At five years old he still can clear six feet, in fact, I have witnessed him clear eight feet myself. My wife Janice and I thought, now that Zorro was five years old, that he might have settled down. Nope – not a chance!

He misses our dog Maya who, at age 10, has gone to a better place, and so Zorro has been looking for her. We were there when Zorro made his escape and we spent hours searching for him, but he is fast. After several attempts driving around in cars and trucks trying to catch him, we saw him disappear deep into the woods.

Zorro was found by a local police officer who had a chip reader. When the officer ran the device over Zorro, the chip sent me a text on my cell phone and, just two minutes later, the police also contacted me. I asked how I would retrieve Zorro and they told me they would bring Zorro to my address.

We were reunited with Zorro shortly thereafter. Oh, and by the way! He is now on a leash, even in the fenced-in area, and gets walked everywhere. We are retraining him. Thanks to PetLink, Zorro was found and brought home safe. Microchipping is definitely worth it, in fact, both of our dogs have PetLink microchips.