Together Again: Franklin Braves The Storm 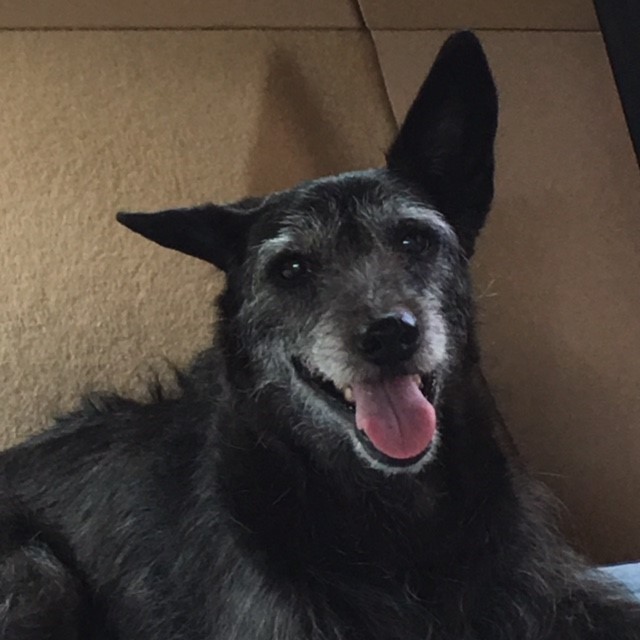 My Terrier Franklin is deathly afraid of thunder, like lots of dogs, and usually crawls under a bed when he hears it. A few weeks ago, a storm had been forecast and I had Franklin outside for a while, knowing I would have to bring him in soon before it began.

I was told by the weather forecast that the storm would hit at around 3:30 to 4:00 p.m. but the first peal of thunder sounded at 1:00 p.m. I had been about to give Franklin a bath so he was wearing no collar, which is not usually an issue since he doesn’t go anywhere. This time though, to escape the threat of the thunder, Franklin tried hard to get out and, by digging under the fence, he succeeded.

After Franklin took off, I put out an ad in a newspaper, as well as writing to the neighborhood via email and a newsletter. While these routes to reunification didn’t work for me, in the meantime a nice woman had stopped in the middle of traffic and picked Franklin up out of the pouring rain. She took him to her vet the next morning saying that it was obvious, even without a collar on, that here was someone’s pet. ‘Is he, by any chance, chipped?’ she enquired and soon learned, to her relief and my delight, that he was!

She brought him back to me the next day and I was thrilled. Now I want to keep Franklin inside forever as I fear he cannot be trusted. All my searching, notification and calling around didn’t do what that microchip did. I’m so grateful!